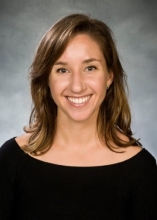 Dr. Heidi Wendt joins the School of Religious Studies as an Assistant Professor of Religions of the Greco-Roman World, a joint appointment with the Department of History and Classical Studies. Dr. Wendt completed her PhD in Religions of the Ancient Mediterranean and an MA in Classics at Brown University in 2013, as well as an MTS in New Testament and Christian Origins at Harvard Divinity School in 2007. Her research investigates religious developments of the Roman imperial period, with a focus on situating Jewish and Christian actors and phenomena in their Greco-Roman milieu.