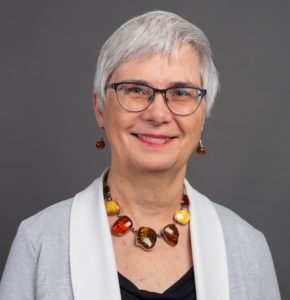 Leslie Weir became the Librarian and Archivist of Canada on August 30, 2019. She is the first woman to be appointed to the position since the National Library of Canada and the National Archives of Canada merged to form Library and Archives Canada in 2004. Prior to her appointment, Ms. Weir was University Librarian at the University of Ottawa from 2003 to 2018. She also held positions at the National Library of Canada and the Statistics Canada Library. Over the course of her career, Ms. Weir has demonstrated vision, dedication and outstanding service by encouraging connections both within and outside the world of librarianship. She guided many transformative moments at the Canadian Research Knowledge Network and research libraries in Canada. Ms. Weir is one of the founding architects of Scholars Portal, the state-of-the-art research infrastructure in Ontario universities that brings together information resources and services in support of research and learning. Ms. Weir also served as President of Canadiana.org, where she oversaw the introduction of the Heritage Project, in collaboration with Library and Archives Canada, to digitize and make openly accessible some 60 million heritage archival images. She was also President of the Canadian Association of Research Libraries from 2007 to 2009.