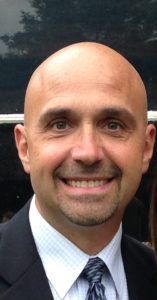 Robert Giorgini is a project manager with an extensive background in the Hospitality Industry. As the Coordinator, Wolf Performance Hall and Meetings & Events Services with the London Public Library, Robert is responsible for the operation of system-wide function spaces. Robert has held previous senior roles including Director of Communication, General Manager of Operations, and two Director of Sales and Marketing roles over the past 30 years. Robert has also served on various Boards, including the role of President of Meeting Professional International (Toronto Chapter) and received the Supplier of the Year award for his ongoing commitment to his customers.

Events and Programs: Stepping Out From The Ordinary